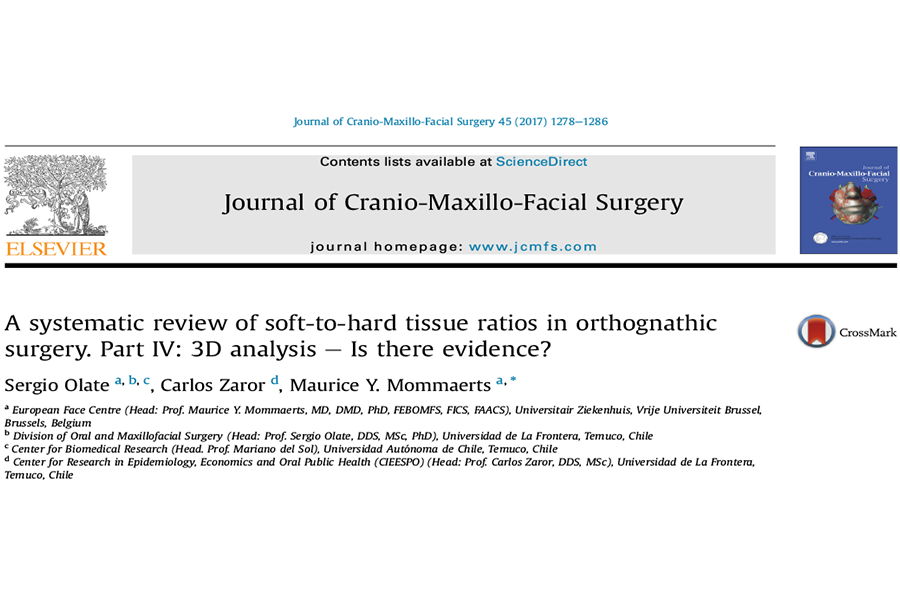 Objective: The objective of this study was to determine the soft-to-hard tissue ratio using 3D analysis in different types of orthognathic surgery.

Material and methods: A systematic search for relevant studies published in different languages through December 2016 was performed in the Medline, Embase, Lilacs, Scopus, and Science Direct databases. Additional studies were identified by reference analysis. The methodological quality of the included studies was evaluated using the method proposed by the Effective Public Health Practice Project. The level of evidence was assessed using the Level of Evidence (LOE) scale from the Oxford Center for Evidence-Based Medicine.

Results: A total of 11 articles with 461 patients were included in the review, comprising 5 retrospective study and 6 prospective studies. The latter included 5 studies that performed anatomical area analyses of postoperative soft tissue results in the context of software-based planned surgeries without regard to hard tissues and 6 articles that presented analyses related to soft tissue in the preoperative and postoperative stage with certain points to be considered in hard tissues. The analysis of bias in the articles revealed a weak methodology in all included studies, which made it impossible to perform any type of comparison.

Conclusion: Bias governs many of the published studies related to 3D analysis. There are no data that can be applied to determine the soft-to-hard tissue ratio using 3D analysis in orthognathic surgery.

News
Recent News
Copyright © 2015 Cirugía Facial. All rights reserved.
developed by MediSoft
Powered by
Hi, how can we help you?